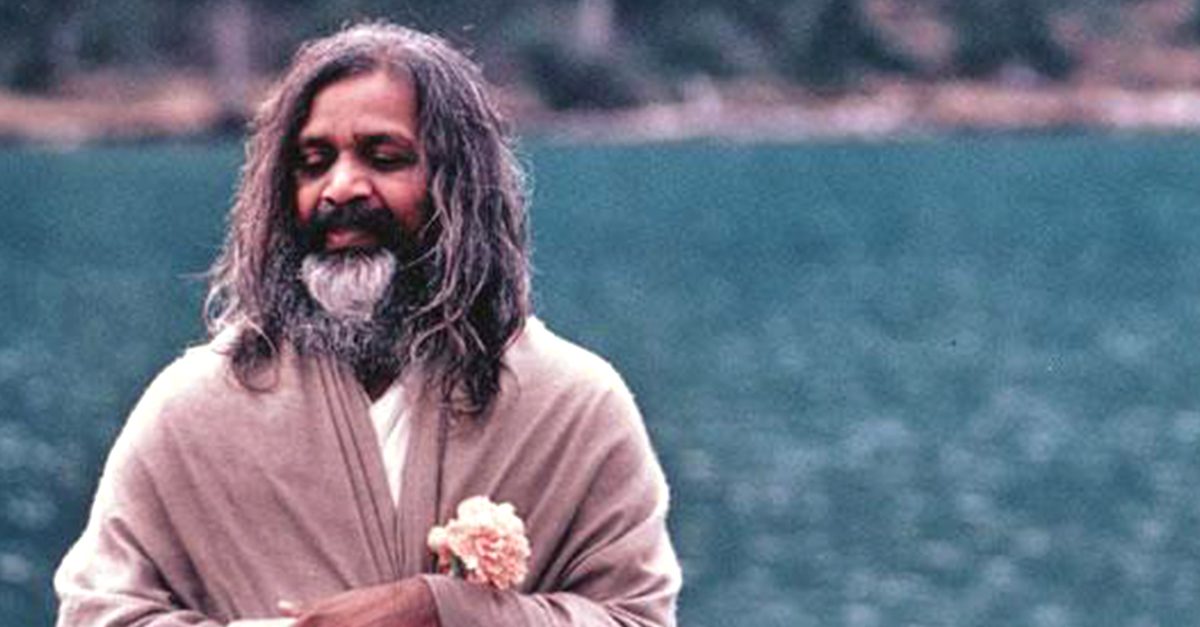 Today is the first day of the 102nd year since the birth of His Holiness Maharishi Mahesh Yogi. In honor of this great sage who brought so much to uplift the collective consciousness of all humanity, I will share his Spiritual Blueprint.

Maharishi’s Spiritual Nature was governed by the Sun, the Integral Path that does not need to do anything to realize his essential nature as pure Radiance. Those whose spiritual nature is the Sun sit in their own inner radiance, though they can also use elements of all the other paths to transcend and deepen in their awakening. Maharishi described his own awakening as coming through the path of Karma yoga, selfless service, in which he became so attuned to his master, Guru Dev, that he became an extension of his master’s will. The Karma yogi also most fully receives the darshan of his teacher, attuning to the higher vibrational field of his master in the same way a tuning fork resonates at the frequency of a nearby vibrating fork.

Maharishi brought the Raj yogic technique (the path of Venus, the senses) of Transcendental Meditation, a method of transcending the mind using a mantra, a subtle sound, to the world because of its ease and universal effectiveness. As thought dissipates during meditation, the inner witness remains lively, cutting the identification with the mind, our thoughts, as the truth of who we are.

Maharishi’s Primal Desire nature was governed by the planet Mercury, the discriminating intellect. A Mercurial desire nature enjoys exploring all forms of esoteric knowledge and sharing it with others. Maharishi’s keen intellect enjoyed exploring all aspects of pure consciousness in great detail revealing a wealth of knowledge that gave birth to a number of universities. He explored all aspects of the Veda, pure knowledge.

Maharishi’s Relating Style was governed by the Moon, the unconditional Love of the mother, gentle, heart-felt expression. Although he could denounce the deplorable state of the world most vehemently, his big Heart shined forth in all that he said and did as he played with a rose throughout many of his discourses.

Maharishi’s Career nature was governed by Mars, the warrior. He fearlessly slayed the demons of ignorance by introducing a simple method of transcending the mind through his worldwide movement, bringing the experience and knowledge of the transcendental reality of life to the masses.

Maharishi’s field of Creative Play was governed by Saturn, that which basks in its own Presence, retiring from the world of activity to restore and renew.

Maharishi’s Caste nature, his dharma, was governed by the planet Jupiter, the Brahman. Although he was born into the Khastriya (warrior) caste in India, his true caste was that of the teacher who serves society through higher knowledge.

And finally, Maharishi’s personality, his Vital mental field, what he projects into the world, is governed by Venus, beauty. Maharishi was always surrounded by flowers and his desire to create Heaven on Earth included beautiful buildings and landscaping in alignment with Vedic Architecture. He was always an advocate of speaking only the sweet truth, and letting go of negativity.

And so, on this first day of the 102nd year of his birth, we honor this great Being who enriched so many of our lives on this planet. His legacy lives on.

To receive a Spiritual Blueprint reading with Orion, go to https://doorwaystoawakening.com/spiritual-blueprints/. Mention the word ‘Maharishi’ in your email to me and you will receive your reading for half price.