Edward F. Tarabilda cognized The Art of Multi-Dimensional Living®, the name given to the body of spiritual and applied knowledge he founded. 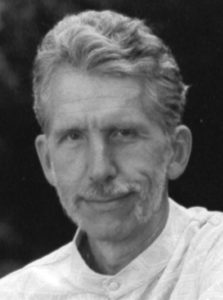 Edward was raised in a traditional Catholic family. After attending a minor Catholic seminary, college and law school, he became a lawyer and professor of law and government in Springfield, Illinois. His life underwent a profound change when he learned Transcendental Meditation® in the early 1970s and gained a Master’s Degree in Vedic Science from Maharishi European Research University. He then became an Assistant Professor of Law and Government and Vice President of Maharishi International University in Fairfield, Iowa.

In 1980 Edward began a more independent search for spiritual illumination which included the study of aspects of Vedic knowledge, such as Ayurveda, Jyotish, and Yoga. In addition to Eastern philosophy, Edward explored modern Western approaches to spiritual growth such as Anthroposophy.

By the late 1980s, Edward had cognized an approach to spiritual life that presented unique features in comparison with approaches taught in the name of spirituality then and up to the present. He named this teaching The Art of Multi-Dimensional Living® and he founded The New U™ to promote it.

Edward currently has two published books with a third on the way: