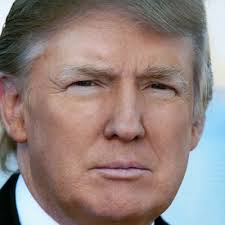 I know everyone is wondering, what is Donald Trump’s Spiritual Blueprint?

Mr. Trump’s spiritual nature is guided by the Sun, which is the spiritual doorway known as Surya Yoga, the integral path. This is a path that draws nourishment from all of the other spiritual paths. The Sun is especially strong in Mr. Trump’s chart as his ascendant is in Leo which is ruled by the Sun.

The Sun is about leadership. And, as with all planets, it has its higher and lower vibrations. The lower aspects of the Sun are ego, arrogance, and self-centeredness. It seeks power and leads from that place. The next higher values of the Sun are positive self-esteem, self confidence, and kingly leadership. The highest values of the Sun are pure essence, radiant universal Self devoid of individual self interest. We all wish for Mr. Trump and the world that he lead from this higher, more expanded possibility of the Sun.

Mr. Trump’s primal desire nature is governed by the Moon which is the desire to be loved and for deep emotional bonding. A weak Moon means a person swings from one desire to another, lacking the steadiness to achieve anything significant. However, a strong Moon can be compassionate and caring. Those with the Moon governing their desire nature often suffer the illusion that an intimate love relationship is necessary for their happiness or spiritual evolution.

Mr. Trump’s relating style is governed by Jupiter, which means giving, serving, and balanced in approach. However, his Jupiter has a strong influence of Mars which can appear a bit like Rambo, jumping in head first and acting impulsively. When Jupiter governs the relating style, a person will enjoy social interaction. Mr. Trump entered his Jupiter maha-dasa (great period) around the time he was elected, which means this is the strongest influence in him right now, and for the next 16 years. Jupiter prospers when action is performed in a benevolent and expansive way as an expression of love for family and humanity and when it is performed without attachment to the results.

Mercury governs Mr. Trump’s career nature which makes him the barterer and trader that he is. It also means he loves a career that gives him a lot of variety and change and allows him to communicate and express himself.

Mars is in the field of creative play for Mr. Trump which means he enjoys risk taking and adventurous activities as his favorite form of recreation. The adrenalin rush of gambling or other challenging forms of recreation will appeal to him. He enjoys competing and winning.

Venus is the planet which is in Mr. Trump’s dharma which makes him a member of the Brahmin caste. In its lower vibrations Venus can lead to attachment to sensory pleasures and beauty. In the field of dharma it can make a person look down on other people in what they perceive are the lower castes, though in reality there are no higher or lower castes. All serve their own unique and valuable function in society. The particular placement of Venus in Mr. Trump’s charts makes him especially keen on replacing outmoded customs and conventions. His Venus has the flavor of tamasic Jupiter which wants to make changes to society without changing its fundamental structure.

And finally, Rahu/Ketu, the nodes of the Moon, govern Mr. Trump’s mental health which makes him project rebelliousness, individualism, and independence.